pix 1: Click the picture to know more about ICONapps 2.

Today is my birthday (and now I'm ? years old). I'm not to blog about my birthday though. What I'm trying to tell is, today I was fortunate because been given the opportunity to help my friend presented our team project for the ICONAPPS fund sponsored by MDEC. Something GREAT to do on a birthday...

ICONAPPS is a program initiated by MDEC to help spur the development of mobile application (app) in Malaysia. It's a way of having more localised content in the mobile devices ecosystem. This time around they're focusing on Android and iPhone OS platform.

We arrived at iTrain.my around 0830, I chose to travel by train. Quite a comfy ride coz I get out from home at 0700. Registered our attendance and got ticket number 2 (the second group) to present. I noticed that there're only 7 teams for Android and 17 for iOS. Anyway, we stick to Android for the time being coz we're a bunch of opensource enthusiasts. And I also believe that Android is gonna be the next big thing in 2 years. 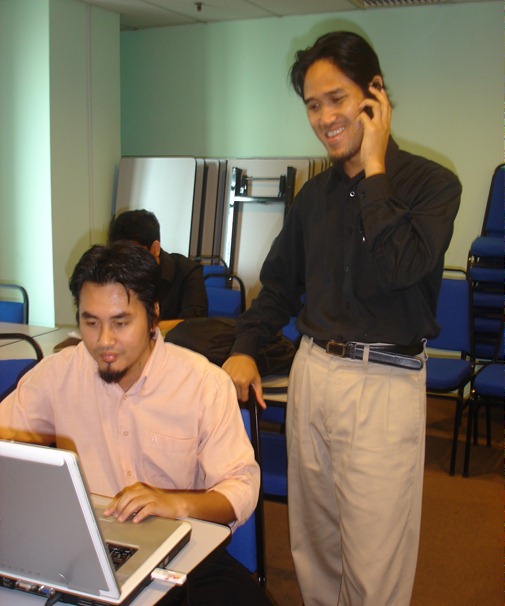 pix 2: Rahman too composed giving the final touch to the slides. Me – my sister called me to wish me happy birthday, :) … 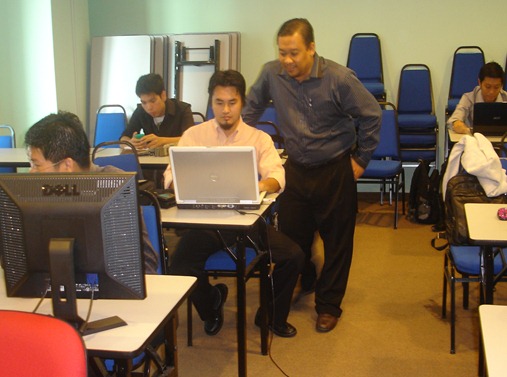 pix 3: Again, Rahman with a stern face controlling the “butterfly in his stomach” trying to get out. Halim – giving more ideas and encouragements. Me – the cameraman off course.

We got 30 minutes to prepare and to combine our slides. My part is doing the mock-up screen of the app and I did study some of our competitors.

0930 the first presenter starts. Waited for almost 10mins and we're called up. Rahman (the lead developer, and the owner of the idea) presented - confidently. I even got it in video. However I will not expose the idea, coz it's company trade secret. Once the app published, then we'll tell you what it is. Less than 10mins and we're done. 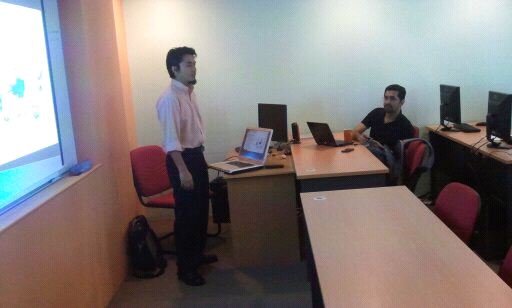 pix 4: Rahman trying very hard to convince the idea to the panellist. 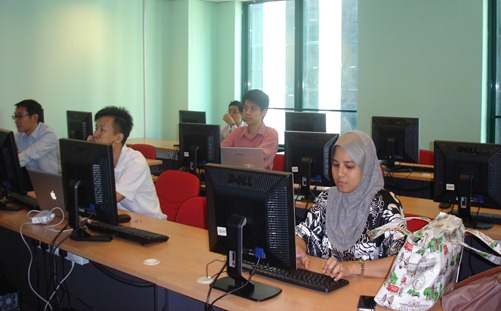 pix 5: the list of panellist – most of them are young, yet they are among the BEST BRAIN in this area. 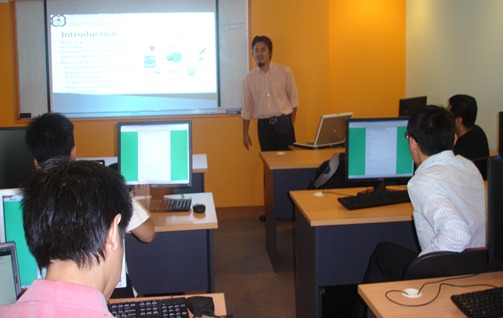 pix 6: trying to answer some questions from the panellist. I did help him in answering some technical questions about Android development. Surely I cannot take my own pictures answering the questions. The camera is with me, :)

Got improvements here and there and the panelist suggested focus the development on TABLET! Waaaaaa, that's an interesting area. I'm used to developing apps for smartphone's small screen. Now I will dive into the TABLET experience! That's great, bring it ON!

I'll be hoping and praying for our team to successfully acquire the grant. It's an opportunity for us to be involved deeper in this new software development ecology. It's critical for a computer programming lecturer (thats me) to explore this new domain. This is one way we can improve, and to disseminate this new exprience to the students. Also a good way to exercise your pitching skills in a more professional environment.

*written on board of the train on the way home, using the Blogger for mobile…